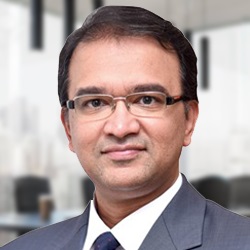 The Islamic financial industry has attracted investors, researchers, governments and numerous other stakeholders to analyze its prospects and challenges. Motivated by an increased interest in financial instruments that emphasize risk sharing, it has been attracting greater attention in the wake of the recent financial and economic crisis.

Islamic banks in the GCC region, had in previous years, showed faster growth than their conventional peers which was attributed to rapid modernization, strategic initiatives, enhanced quality control and the strong financial performances of the regional Islamic banks.

However,the past few years have seen slow economic growth in GCC economies, mainly due to volatile oil prices. This has resulted in reduced opportunities for the banking sector including Islamic Banking. 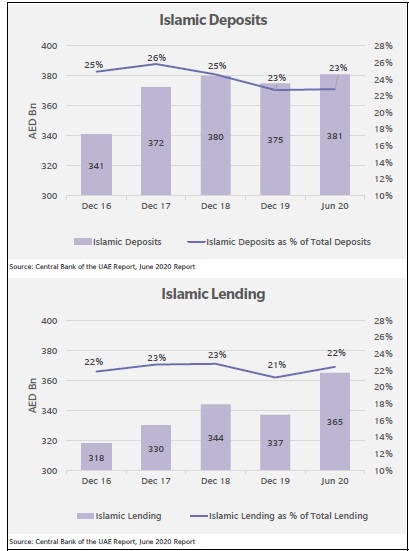 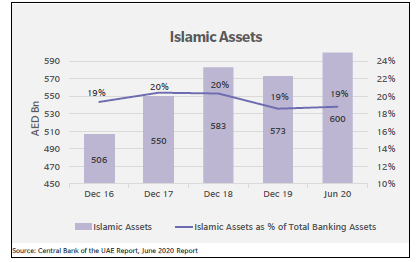 In the last few years, many countries, including UAE has seen stagnant growth of the Islamic finance sector. While there has been a marginal growth in the overall numbers in deposits and lending, the share of the pie as far as the total banking sector lending has in most cases remained flat or has reduced marginally in case of consumer deposits.

Despite the current challenging conditions, Standard & Poor’s has projected that the Islamic finance industry will still show low to mid-single-digit growth in 2020-2021.

Dealing with the pandemic

The impact of the 2008 global financial crisis on Islamic banks and financial institutions was far lesser than conventional institutions due to the prohibitions against speculation and risky asset classes in the industry. However, the COVID-19 pandemic has shown a more severe and deeper impact on Islamic finance markets, as the current crisis is affecting small and medium enterprises (SMEs) as well as low income and minimum wage individuals particularly hard. Compared to conventional banking, Islamic finance has a larger exposure to SMEs, microfinance and retail lending, especially in Asia.

Islamic finance is an interest free system which is claimed to be responsible, ethical, sustainable and shock-preserving. While Islamic social finance solutions (i.e. waqf, zakat, microfinance, etc.) can help to ensure the ground level productivity, instruments like sovereign Sukuk can raise funds for governments. In the short-term there is potential for Zakat (one of the key pillars of Islam) to be an important component of national and NGO emergency support programmes. The focus on immediate benefit is suited for a crisis response and Zakat donors support both the economically insecure and people living in poverty, an area of increased attention in the pandemic. For the response and recovery in the medium or on-going term, the financing of equipment, resources, and other sources of livelihood through trade finance is a key mechanism in which Islamic banks and financial institutions can support recovery.

In 2017, UAE-based Dana Gas had shocked the market with an announcement that a $700 million sukuk was no longer deemed to be Shariah-compliant and would be replaced by new debt with far lower yields. A new risk factor emerged – religious approval – that simply did not exist with conventional debt. Over the last few years, Islamic finance has seen the introduction of certain key regulatory regimes. The introduction and emergence of international bodies such as the Accounting and Auditing Organisation for Islamic Financial Institutions (AAOFI) and the International Islamic Financial Markets (IIFM) have played a part in creating standards and consistency across the industry. 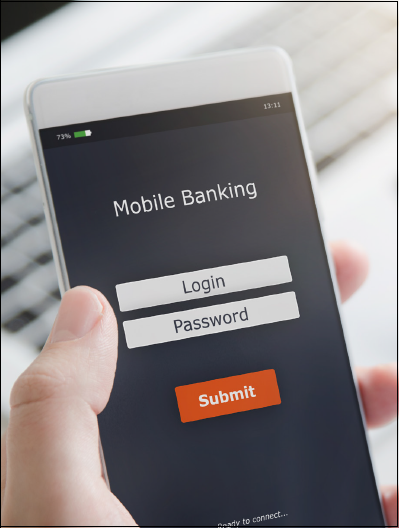 Regionally there is a slight difference between the Islamic markets across South East Asia and the Middle East in terms of owning a more centralised framework. Different interpretations of Sharia rules slow down the growth of Islamic finance. Such diversity may seem positive in terms of satisfying different views and demands, but in general, not having a unified approach causes rifts between Islamic banks and institutions.

To address some of these concerns, the UAE has recently taken the lead with the appropriate steps in setting up a regulatory framework with the establishment of the Higher Sharia Authority (HSA). The HSA now ensures the compliance of all registered Islamic Financial institutions to certain standards as laid down by key bodies like AAOFI.

Even before the COVID-19 pandemic, Islamic banks have been trying to catch up with conventional banking counterparts by stepping up investment in digitalization to reduce operating expenses, boost revenue and automate internal processes. As financial institutions around the globe implement remote work policies and safety measures, there has been a considerable increase in digital banking transactions and activity, which in turn is providing added force to drive the digital transformation push across Islamic banks. This includes increased automation of processes to minimize the need for human contact as well as digital structures for liquidity management.

With a youthful, globalized and digitally savvy audience, Islamic financial institutions are now rapidly embracing digital and mobile banking technology. A growing number of digital-only or ‘disruptor banks’ with no physical branches, are emerging. Islamic banks are also catching up on this trend, with the launch of digital-only subsidiaries, such as Gulf International Bank’s Meem in Bahrain and Saudi Arabia, and Albaraka Türk‘s insha in Germany and other European countries with large Muslim communities.

Against the backdrop of the COVID-19 pandemic, in addition to digital services, new generation FinTechs will play a significant role in the industry’s development in the coming years by improving access to financial services and transforming Islamic social finance.

Blockchain is emerging as a new age facilitator. Smart contracts on a blockchain provide traceability and transparency that makes them attractive under Shariah law, affording both surety and security. Several Islamic banks are already using or testing blockchain to assist with payments and remittances and for trade finance purposes, including through blockchain Islamic sukuks. 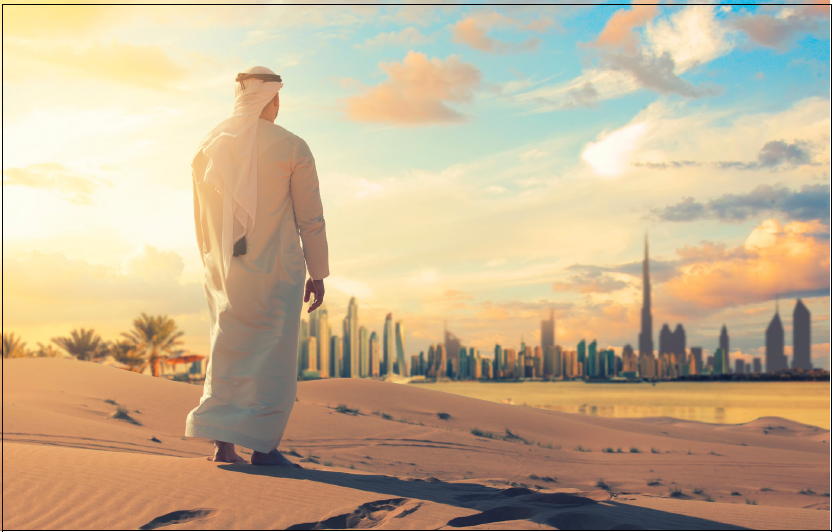 For Muslim countries, Islamic banking started with a simple idea of providing Muslims with products which satisfy their spiritual concerns. However, not all Muslims were convinced at that time about the necessity of Islamic finance, and many are still are not convinced today. If the pillars of Islam are well known to them, e.g. if Halal food as a dietary law is regarded as compulsory, it is not necessarily the case for Islamic finance. Educating Muslim consumers is therefore the key issue because the room for growth in Muslim countries is still the most important and the most promising option for the industry.

Given the relatively low level of Islamic banking penetration in many Muslim markets/regions, the growth opportunity is undeniable. Large Muslim populations exist in fast-growing, still-emerging economies such as Indonesia, Pakistan, Turkey and North and East Africa. Hence, the immediate future of Islamic finance is first and foremost in Muslim countries and regions, where room for growth still exists, provided education and political willingness are secured. It is a not logical on pushing the development of Islamic finance in western countries, where competition with conventional finance is significant.

The next phase of growth in islamic banking will be driven not just with the offerings that are compliant of Shariah and its positioning...

While there are over 75 recognised core banking solution platforms across the world...