The dawn of the AI era in lending 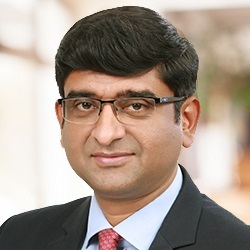 With an estimated $5 billion in the global AI market by 2020, unsecured lending is expected to grow by more than 960% in the next four years. Welcome, the new AI era in lending


The days when it took customers several weeks to apply for a loan, and yet run the risk of eventually being turned down by banks, are long gone. The dawn of the artificial intelligence era has now enabled banks to develop quick risk assessment models, and instant credit scoring that fast tracks the entire process and also creates a real value differentiator in the marketplace for early adopters.

When access to funding was reported to be reduced from weeks to hours with automated lending driven by Santander, the underlying engine was primarily the AI-based quick risk scoring that enabled immediate risk assessment, speeding up the underwriting process and providing working capital within hours.

Similar use cases are aplenty elsewhere – a case in point being the initiative by Scotiabank that reportedly enables lending to customers who are new to the bank, wherein the borrower’s credit worthiness is assessed using AI, enabling the decision to lend to be made the same day, even without the customer having to walk into the branch. Kabbage was the engine in both the above examples. The application of AI is not just about quick risk assessment and same day credits. It has also been a core value proposition in reducing the error rates in document processing, and eliminating human error.

JP Morgan, for instance, has reportedly adopted AI through its COIN program, that quickens document review and reduces mistakes in loan servicing. An estimated 12,000 contracts are reviewed, and almost 360,000 hours of work-load are reduced to a few seconds. Franklin American Mortgage has reportedly achieved more than 80% document recognition for its mortgage portfolio, with minimal error rates, with a customized solution it has developed.

An even more interesting application of AI in the world of credit is in the personalisation of customer experience.RBC, for example, provides its customers with a recommendation on their best repayment strategy, based on analysis of their financial habits, and also suggests how much they should target to be their monthly contribution. In addition to reducing the loan liability and payback period of the customer, this approach also generates a whole range of new data points that further enable having a targeted customer service offering.

The advent of AI in lending has its share of challenges, too. Essentially, there are three types of issues and challenges that are likely to be pertinent.

With a gamut of sensitive information being processed, customers are at continuous threat of frauds, privacy and data theft. Considered a core issue that has to be grappled with, especially with all the impact created by the Facebook case, banks and customers are equally weary and likely to deal with this issue with more sensitivity in the future. 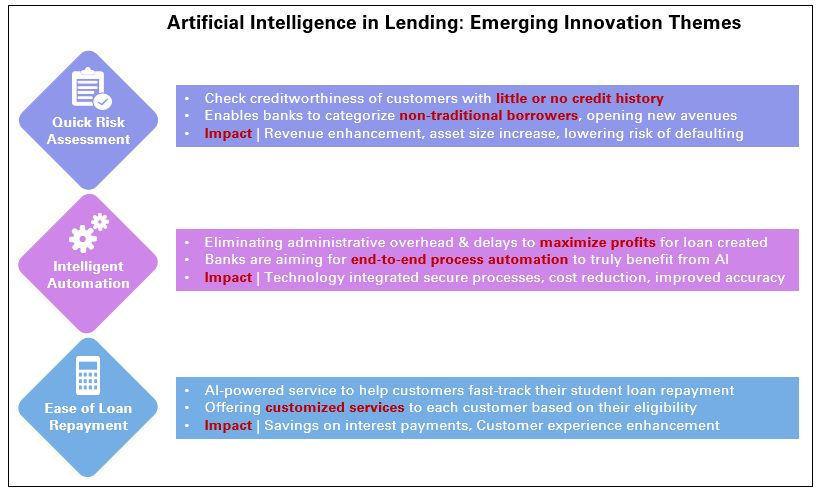 Adopting AI into an existing IT infrastructure would require compatibility, which is perceived by several banks as a hurdle to integrate this into its existing architecture. While this would be a short-term aberration, one would expect this to be overcome quite soon, considering the magnitude of the benefits that AI can bring from a financial standpoint.

With the use of chatbots and virtual assistants, more than 40% of mobile interactions are to be with VAs. An estimated 57% of human jobs are likely to be redundant in the next decade, thereby making the new era of jobs to be so new – that they do not exist yet! This would obviously imply realignment of roles, restructuring of credit organisations and re-engineering of credit processes. Obviously, easier said than done.

Crystal gazing: a peek into the future

To debate whether AI is good or bad for the lending industry is quite a mute point. This is the reality and embracing it totally would be a prerequisite for anyone to survive in the new world. And early birds do get the benefits too: be it the identification of new revenue streams with non-traditional borrowers that conventional methods would have rejected, or in eliminating human errors while improving the speed of loan process, banks do stand to gain both on the topline from new customer segments and bottom-line from cost efficiencies. Needless to say, the customer of course gets to gain the most in this, as not only would this mean faster loans with lesser paper and error free environment, but also a personalised experience and potentially reduce much through smarter, thriftier payments. 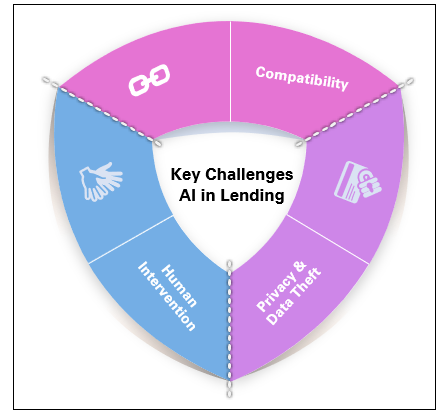 So, what does the future have in store if things were to go in the direction they are already speeding in? Here’s a bit of an indulgence and some crystal-ball gazing, with particular focus on what could be in store for banks, customers, suppliers and industry players in the lending space from the world of AI.

1. Customer experience makes all the difference

The customer is always king, and will continue to be. Chatbots, virtual assistants and robo advisors will evolve to react with emotional intelligence, insights and customise with language sensitivities. Expect there to be a revolution in customer experience, this could be the new world order that differentiates winners from the rest.

Business processes would now evolve to a different paradigm. AI, machine learning and natural language would mean new organisation structures, new roles, new processes in the world of credit and lending. A paradigm shift, in the real sense.

3. Emergence of data and algorithm economy

Every piece of data – be it numbers, words, action, inaction – all count to be part of the new world of algorithm economy. Scaling the manual management of processes and segregation of data, everything at scale is expected to be managed by the algorithm economy. The efficacy of this algorithm, at the end of the day, would be the secret sauce of the winners at the end of this race.

From legacy core to the digital age

A future-proof digital core banking system is essential to speed up innovation...

Artificial Intelligence is pervasive across the front, middle and back office functions of banks...