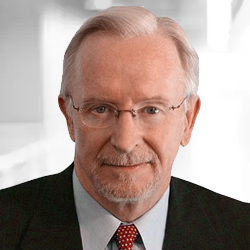 His past roles include being on the board of Thornburgh Mortgage Co, Standard & Poor’s, and other advisory roles to other firms globally. Together with Stern colleagues he edited and wrote the book, Regulating Wall Street: The Dodd-Frank Act and the New Architecture of Global Finance. Thomas possesses an Honorary Doctorate from the Stockholm School of Economics, Sweden.